My first time really going anywhere during the pandemic; I was up all night around Middle Fork before finding an amazing place to watch the sun rise and the moon set.

Somewhere outside Thawville, Illinois. I had an itch to see the stars, so I planned a ride to Middle Fork State Park, the closest reasonably dark sky outside Chicago. Middle Fork is about 150 miles from my house -- a three-hour drive -- and best of all, was safely within a single tank of gas during a phase of the pandemic when contact with people outside your area was especially best avoided.

Well, I forgot to check the moon phase. It was full, which means most of the stars would be washed out all night. This was however one of my first efforts to look up at the stars since my childhood, so while this news meant it wouldn't be a particularly great chance to hone an interest in astrophotography, I decided to stick it out.

Standing outside in a park on a cool night, I realized how foreign the outdoors had become to me. The silence was unsettling, especially after only a quick drive from the bustle of my urban apartment. I stayed, for a while, watching the stars and listening to the trees alone in a parking lot because I didn't want to hike to the bigger clearing through some woods.

Eventually, I wanted to move. The quiet was nice, mostly, but, enough. And it was getting late and cold -- probably about 2am. I set off toward the city.

Along the way I stopped at a gas station for a pay-at-the-pump top off. Given a few seconds to think things over, I realized I was off on an adventure, really in this thing, under way, and I didn't have to go straight home if I didn't want to. So when I came to the exit toward Chicago, I just went the other way. Some wandering took me to this spot, the side of a road above an irrigation ditch which muskrats swam up while no trains ran down the tracks on its other side. I saw the moon getting low over the horizon and started making these photos.

They're special to me because of how strikingly free to move I was, and how perfectly the moment captured a sense of nighttime I've been chasing for years. 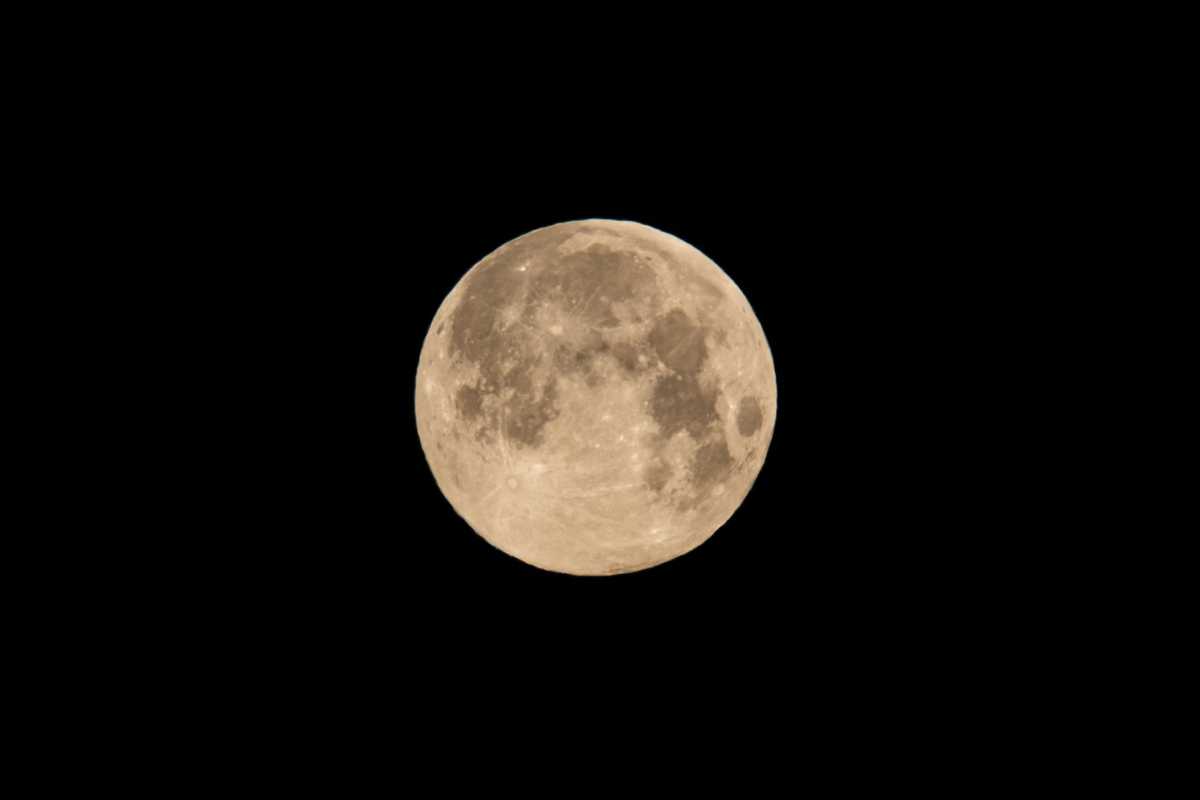 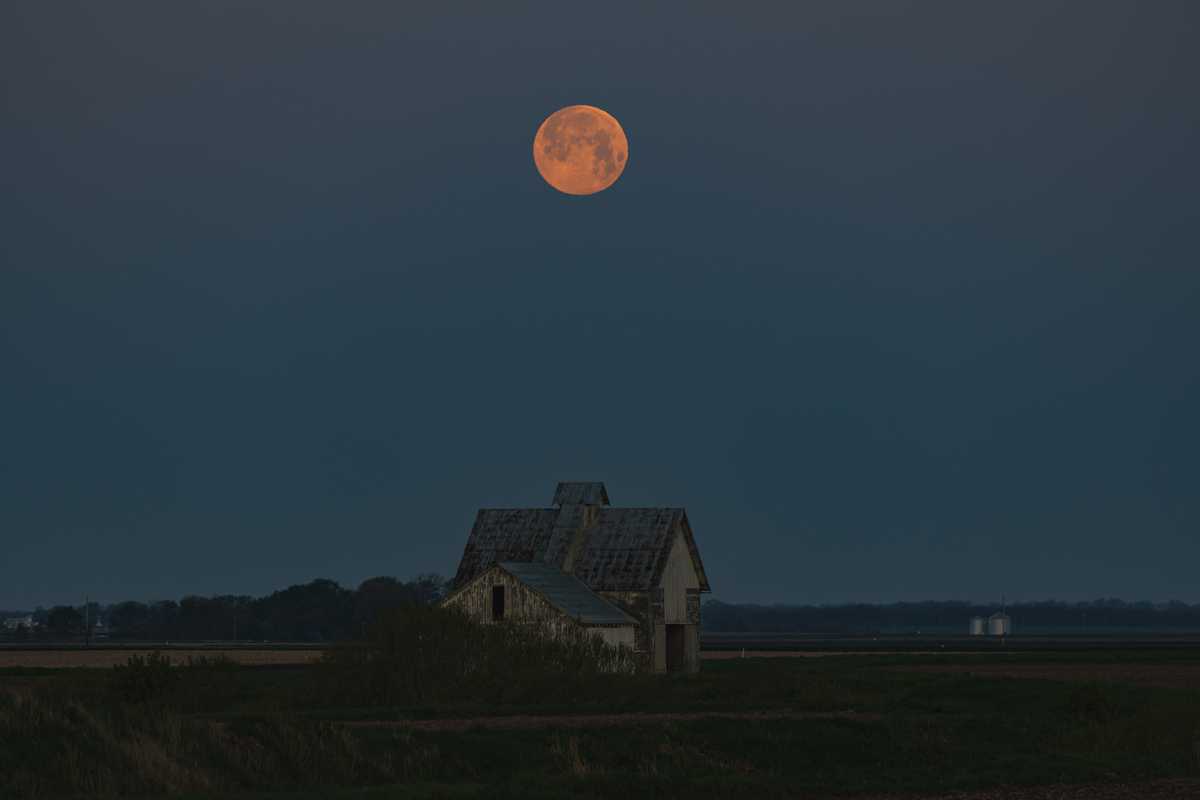 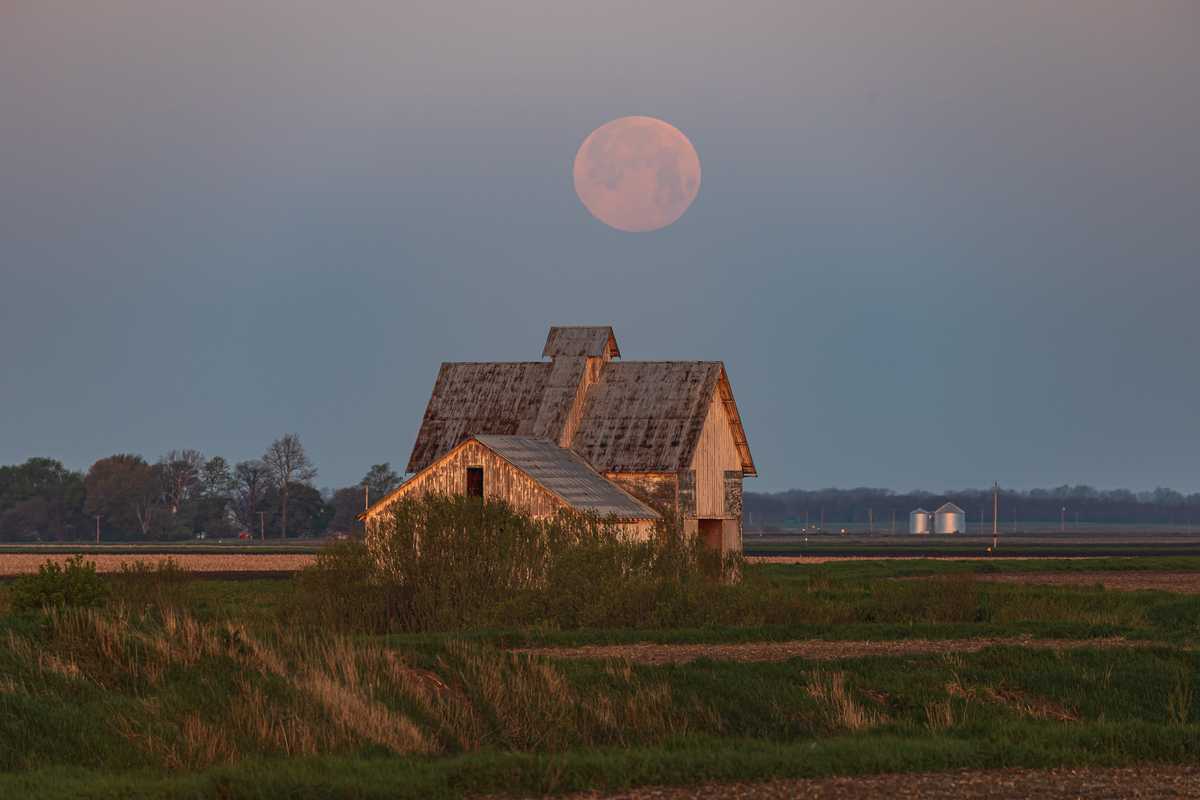 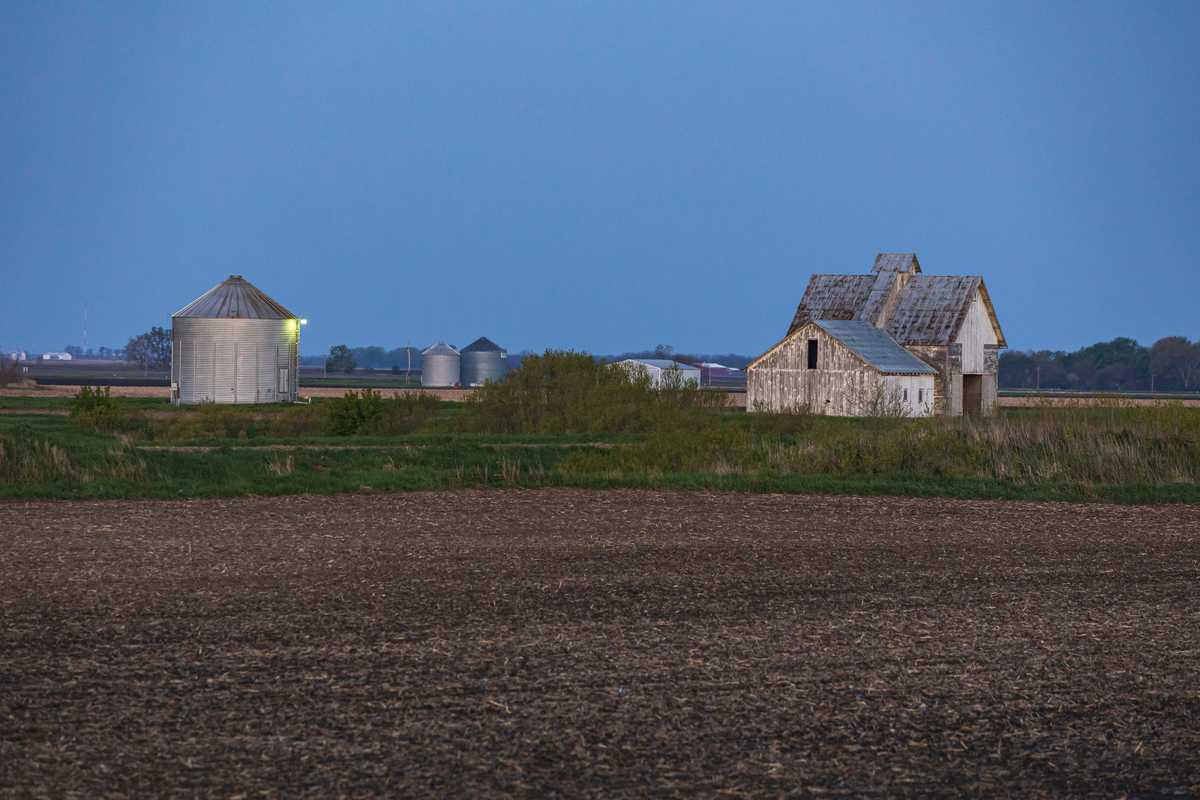 As I write this in early 2022, going back to compile memories from years ago, it's worth noting that I seem to have taken the first picture of myself wearing a mask later this day. How times change. It was an old blue thing I had bought years prior for sanding down vintage wood.